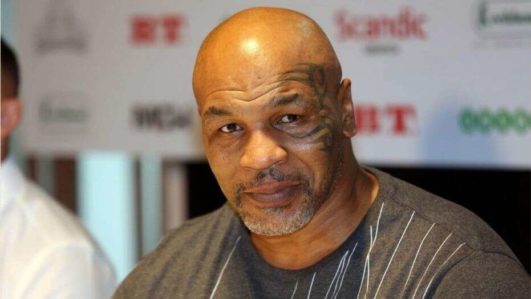 Mike Tyson plans on fighting more exhibitions after a draw with Roy Jones Jr. on Saturday in his comeback at age 54 and Jones says he’ll be tough to beat.

“I’m happy I’m not knocked out or anything. I’ll be better the next one,” Tyson said after the eight-round exhibition at Staples Center in Los Angeles.

“I could have done everything better. God willing I’ll be better the next exhibition.”

The showdown of former heavyweight champions saw Jones, 51, thinking he won the fight but impressed at the stamina and strength showed by Tyson.

“It surprised me he could go eight rounds,” Jones said. “He could go with anybody. If he connects, you’ll have a problem. He can do anything he wants to do.”

A three-judge panel scored the bout a draw, with no details announced, but Jones didn’t mind that result so much.

“I thought I won the fight, jabbed better and controled the fight, but I’m cool with a draw,” Jones said. “We both made it out cool and everybody got entertained.”

Tyson hopes to stage more bouts, as many as one every other month to stay in fighting shape, mentioning such possible venues as Monaco or France.

“Anything is possible. The sky is the limit,” Tyson said. “I’m capable of helping a lot of people all over the world.”